My father who has decompensating active liver disease, Grade 4 level, has been for the past 4 weeks on YHK, and seen some dramatic improvement in his ability to constructively do more in the morning and throughout the day. He was diagnosed of cirrhosis of the liver in September 2012 and been hospitalized regularly with cardiac and respiratory complications, resulting in near death in late April, 2013.

Respectively, his gastroenterologist in Sydney had given up on him, as he is 70 years of age and only given 6 -12 months to live. As a registered nurse/paramedic, I was skeptical of whether this would work with the cost outlay, but was more than prepared to give it a go. It is still early days in his herbal treatment, for he looks forward to been able to increase his independent activities of daily living, walking gradually more around the neighborhood and tiring less.

Since introducing YHK's treatment, I am happy to see my father make in roads to his recovery. This alternative therapy is certainly worth the investment in keeping my father's wish and will to live.


* All reviews are provided by actual users of YHK and should be used as reference purposes only, as each individual health condition is different, results may vary. 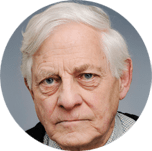